From Olivia: Relax Into The Rushing 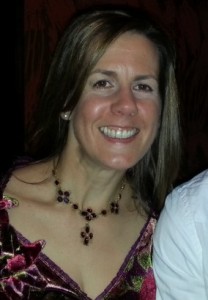 In her teens, on a multi-day river rafting trip with a school group, my sister-in-law was thrown from the boat she was paddling with a team of seven others. It happened as their small fleet of six rafts was navigating a section of Class IV rapids. For those unfamiliar with rafting, rapids are classified as one of six classes as defined by the International Scale of River Difficulty. Class I are the calmest, least risky waters, and Class VI are extremely dangerous. The description of Class IV rapids, like the one Kim was on, says that these are â€œlong, difficult rapids with constricted passages that often require complex maneuvering in turbulent water.â€

The boats ahead of Kim’s had successfully made their way through. Her boat was next. As they entered the rushing and roiling the boat was smacked, tossed, and bent in places. Everyone was tossed around as expected. The continued paddling, as they knew they must, to steer as best they could around hazards, while holding on intently. The boat continued to pitch and bounce. With one strong downward plunge and a forceful upward heave, Kim was hurled into the into the torrent.

As most of us would have, she struggled and fought. Kicking her legs, reaching and floundering with her arms. Craning her neck in the direction she thought was up. She was struck against rock, held seemingly in place by the force of nature. No amount of effort or will helped. She battled, yet the clobbering and thrashing persisted. The panic and fear about getting to the surface, about taking the next breath, and the adrenaline flooded her body. She kept fighting and grasping to regain control.

And then she relaxed.

Whether from exhaustion or will, fear or acceptance; she just relaxed. She stopped struggling, fighting and forcing. She stopped the frenzy and the panic. The water did as it was going to do. It tossed and swelled and it took her along. In no more than a moment though, the water popped her head out. She rose to the surface and could see the boats ahead of and behind her. And despite being frightened, exhausted, and cold, she knew she would be pulled from the water into safety and would continue the journey.

I love this story. Not just because Kim was okay in the end, but because of what it stands to teach us about struggle and force versus letting go. We mostly default to the former in our lives. If we’re not pushing through, grappling, resisting, exerting strength, or demonstrating tirelessness in the face of challenge we don’t feel successful or valid. That makes life hard.

When already too-busy days become more frantic because of tough interactions with co-workers, sick kids, car trouble, and missed workouts we resist, kick, and flounder to try to gain control. When we get to the pool to find no available lane space, when our Garmin’s don’t link to satellites, or a fierce thunderstorm makes us change our planned bike sessions we respond with charged emotion. Wielding anger, frustration, disappointment, even aggression, we expect to change the circumstances. No matter what we do, though, nothing really changes with force. A countereffect often sets in instead. The more we fight what’s really happening, the more fatigued we get. This often leads us to become fearful, worried, and defensive. We turn inward, feeling like everyone and everything else is against us. But we keep fighting. We expect that because we’re not â€œgiving upâ€ or letting things get to us that we’ll prevail in the end.

But what if we just accepted the rushing rapids that we get pitched into, Class IV and higher, as we navigate our lives and our training seasons? What if instead of struggling and fighting and responding with draining emotions, we trusted the possibility of â€œletting goâ€ of the imperative to control, to â€œgo with the flowâ€ so to speak? Like Kim, we might rise to the surface to find that, despite the challenge and exhaustion, we are not only safe, but still moving and making our way.