(And why he IS the ideal guide for YOUR training journey!) 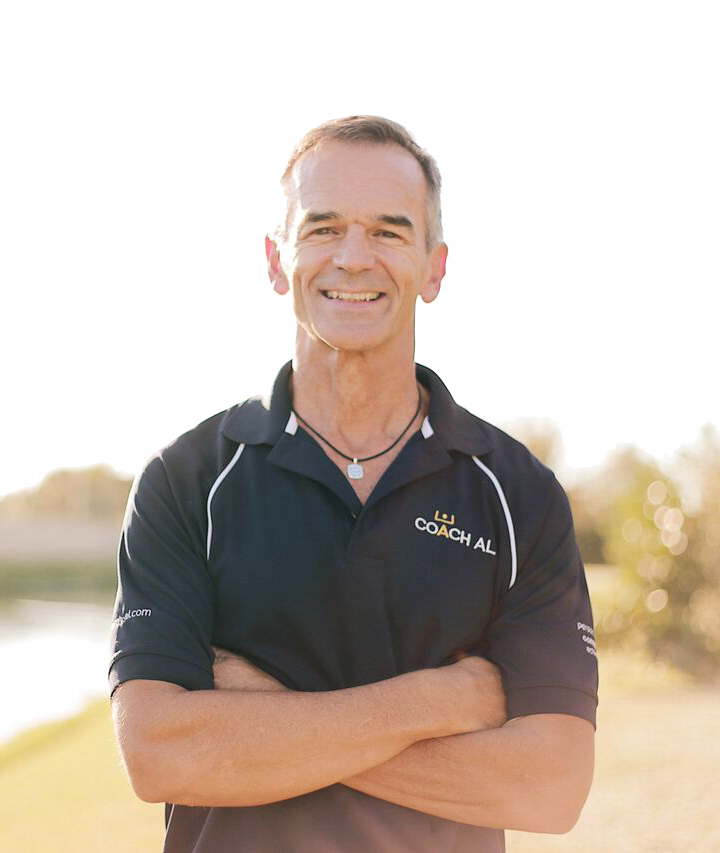 Besides having been certified by USA Triathlon, USA Cycling, and USA Weightlifting (Level 1 Sport Performance Coach), Coach Al is also a:

As a guide and mentor, Coach Al’s passion and purpose is helping athletes like YOU to move better, feel better, stay healthier, get stronger, and go faster!

Among the athletes he has helped reach their ultimate potential is 5-time Age-Group Ironman Triathlon World Champion, Lisbeth Kenyon.

As an athlete himself, in a 40+ year endurance sports journey that began when he started running at 21 to “get in shape,” Coach Al has literally done just about every kind of race you can think of and has the t-shirts to prove it!

What are only a few of the highlights? 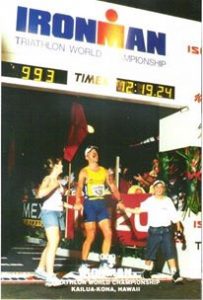 Thanks to the support of his family and many months of work and sacrifice, Coach Al was able to achieve his dream of qualifying for and reaching the Ironman Triathlon World Championship in 2000!

Your time is now. Let’s get to it.

Running and other endurance sports give you an exhilarating freedom that’s hard to describe to others.

Anyone who’s experienced the feeling of crossing that finish line, or beating a PR has felt the sense of achievement, liberation, and levitating self-confidence that follows. It is an active form of meditation that connects every inch of your body with the whole of your mind, bringing about an almost euphoric, focused calm.

The problem is that this euphoria is fleeting…and even starts to dwindle at some point, when the little niggling pain of an injury begins creeping up on you, alongside your age.

In the beginning, you ignore the dull ache or twinge and figure you probably just need to stretch more.

Maybe you decide to take a yoga class once a week, or cash in that gift card for a deep-tissue massage down the street. It might make you feel better at first, but eventually, the aches, numbness or whatever you’re dealing with becomes more frequent and can’t be masked with foam rolling, infrared saunas, or easier and slower runs – just to keep moving.

Frustrated, you start pushing yourself beyond the threshold of imminent injury and suddenly, your body starts going backward with every training session.

You’re no longer ageless – because now you really feel old.

The thing that was supposed to keep you going until your final day on earth and helped you feel so confident and self-assured is all of a sudden being taken from you, bit – by – bit, and there’s nothing left to do but watch the deterioration happen.

You want to be and feel like the person you imagine on the inside.

People tell you to give up and face the reality of life, but you know and I know, they just don’t get it.

Well, they may not understand, but I do.

You need running like you need air because it’s who-you-are. You want to continue to chase those PRs because those goals keep you moving.

Well, I know what it’s like to start from scratch and do something that scares you.

Not many people know this about me, but I had a near-drowning as a 10-year old, and from then until I was 36, battled an intense fear of water.  I’m not talking about a little bit of discomfort here—I mean full-blown PTSD that had me shaking with anxiety if I so much as dipped my toes in.

But, I dreamed of doing the Ironman. That’s right, while watching the 1995 race on TV with my daughter, I was so inspired, I crazily shouted to her, “I’m going to do the Ironman!” While she laughed and thought I was nuts, I knew I could do it if I could overcome my fears and learn to swim. Learning to swim as an adult with water PTSD was THE hardest thing I’ve ever done. But I did it!

By breaking down my phobia into small steps that incrementally rewired my deep-rooted fear, I achieved my goal and finished my first of many Ironman races two years later. And then, amazingly, qualified for the Ironman World Championships four years later, at 40 years old.

Years earlier, I applied this same structured, problem-solving “never ever quit” mindset when I began trying to go faster in the marathon. When I realized, through lots of trial and error and injury, that volume alone was leading only to decreasing returns on my investment of time and energy, I decided to study harder and learn more about the diverse training protocols of elite runners (and other sports athletes) and applied them to my own training. Gradually, as I learned more and trained smarter, my entire body strengthened and I was able to optimize my mechanics to run faster, longer, and safer.  With a much lower risk of injury.

Now, more than 20 years after I started coaching…

…all those years of study and practice and trial and error have allowed me to develop a unique insight on how to isolate and correct your body mechanics that silently hinder performance, eventually causing injury and frustration.

In the years since, I’ve had the privilege of helping thousands of clients reach their ultimate potential.

After all, when your sport demands a heroic performance, you deserve to be the unstoppable athlete you aspire to be.  My programs will help you get there!