From Coach Susan Ford: What DON’T You Want To Do? 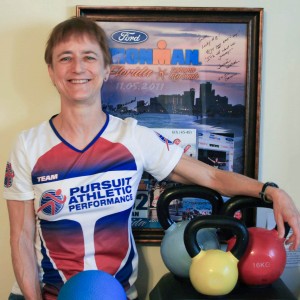 I've noticed a trend in some people who SAY they want to run or bike faster, and say they are willing to do "anything necessary" to get there.

In their minds, "anything necessary" means doing training sessions that are harder than they've done before, making bigger sacrifices for their training than they had done before, or become "hard core" in some way. They are absolutely ready to do those things.

Yet despite their proclamations, there is a glaring obstacle in their path, which they don't see, and/or aren't willing to address.

For example, I've been approached by another athlete about "speedwork," who is carrying a significant excess of bodyfat. And another with a significant running form issue who wanted to do higher mileage. Neither are willing or able to see what was obvious, and neither are willing to do the one "anything" that IS necessary for them to improve. In their cases, the "hard core" work they needed to do was address diet and get on a true path of improving body composition, and in the other, take time off running to address imbalances and other movement related issues first.

Both continue their paths, doing "anything necessary" for their goals, except the one thing that they could not accept as an essential part of that process.

It makes me wonder if I have similar issues, and what I'm not willing to do.

What am I blind to? What is holding me back from my goals that requires work other than just "hard" training? What am I aware of, but not willing to do?

Coach Susan Ford lives in Tennesee and coaches runners and triathletes as a Pursuit Athletic Performance coach, in addition to her work as a veterinarian. Her own inspiring journey from an always-injured and frustrated triathlete to one that is strong, durable (and always finishing at the top of her age-group in every race from 5k to ironman) is a remarkable one. To learn more about Susan and her coaching services, go here.