Our online Virtual Gait Analysis (VGA) is getting more popular with each passing week. Coach Al and Dr. Kurt Strecker designed an outstanding "virtual" analysis system for those of you who cannot make it to the Gait Lab. We just had to share a great (unsolicited) testimonial we received from a recent VGA client, Scott Krizek. We are very pleased that he finds great value in the VGA process and follow-up prescriptive training. Thanks, Scott!

If you have questions about our VGA, here is a blog post that covers questions we regularly receive. We also have a video on the topic if you prefer that format. If you still have questions, don't hesitate to be in touch!

I have been to many very good PTs, and I will say this was by far the most useful and informative summary of my issues. All of the weaknesses etc. have been pointed out at one time or another, but they have not been brought together holistically as you have done.

The quality of the video and other technology is very impressive as well.

Most importantly, I love the complete plan. "JUST do this" is very helpful because, historically, I have been given exercise that stack on top of another exercise, and soon I have enough good exercises that would take hours to complete.

I am getting to work tonight!

Again, I am very impressed and would tell people it was well worth the cost.

Q: What do Haiti, the Badwater Ultramarathon, and Pursuit Athletic Performance have in common?

Jason Rita, an accomplished ultra-distance marathoner and long distance adventure racer is a client and good friend of ours who does extraordinary things.

Starting today, Jason is competing in the Badwater Ultramarathon, the most demanding and extreme running race offered anywhere on the planet. Badwater begins at 280 feet below sea level going through Death Valley with temperatures hovering around 130 F. The race covers 135 miles with climbs totaling 13,000 ft of vertical ascent over three mountain ranges culminating with a finish at the top of Mt. Whitney at 8300 ft. As Jason takes on this beast of a race, our own Coach Al will be by his side as one of the support crew. In fact, he began his race prep here at Pursuit Athletic Performance. You can watch the video here.

Jason and Pursuit are also teaming up to raise awareness and funds for Haiti's isolated Bainet community. For every Gait Analysis purchased from July 15 to Aug 15, we will donate 15% of the proceeds to the Delaware Medical Relief Team, the agency fighting the effects of "bad water," including cholera in Bainet.

With the economic challenges facing the western world, it is easy forget that the 2010 earthquake killed over 250,000 people in Haiti, displacing many more, and caused tremendous health challenges. In response, Jason and his wife created a non-profit, 501c3 called Delaware Medical Relief Team (DMRT).

DMRT immediately responded to the crisis by sending to Haiti eight medical teams, hundreds of volunteers, and raising hundreds of thousands of dollars used for medical aid and supplies.

At that time with the spotlight on Haiti, governments around the world made huge promises. As these countries' economic challenges worsened, they failed to deliver promised money, infrastructure, and aid. In response, Jason and DMRT are once again picking up the call to action, and Pursuit Athletic Performance is backing the cause.

The goal is to help the isolated community, Bainet in its health struggles with 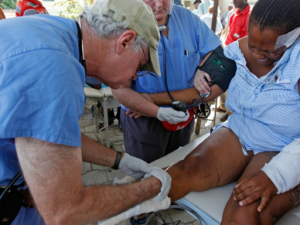 the consequences of bad water. DMRT has committed to working with the local health clinic to transform it into a functioning hospital.

In addition, we are planning a marathon from the ocean-side port town of Jackmal to Bainet! Our plan is to use the event to help Bainet in three major ways: as an incentive to local authorities to rebuild infrastructure, an event that will create a recurring source of revenue, and a way to raise additional aid.

If you are interested in supporting this marathon initiative in ANY WAY... whether it be marathon participation to various levels of support, please use leave your information on our interest form, and we'll be in touch!

Help us help Jason and Haiti - donate today directly at the Delaware Medical Relief Team web site, or purchase a Gait Analysis. Either way, you will be pursuing--and doing--something great!

Thanks to the many hundreds of you who downloaded our new ebook, Unleashing Your Potential 101. We hope you have made your way through the information, and are beginning to see how incredibly essential a strong, stable, balanced, and mobile body is to your ultimate athletic development.

As promised, we have selected the winner of a FREE Virtual Gait Analysis (VGA) from all of you who took the time to like us on Facebook and download the book. And the winner is....

We had some fun with the drawing, and you can see it in the video below. 🙂 Congratulations, Nancy! Please get in touch with us so we can get the process going, and get you on your way to new levels of strength, power, and speed.

If you would like more information on our Virtual Gait Analysis option, we have two blog posts you can consult for a complete overview --Online Gait Analyis: What you Need to Know, and Online Virtual Gait Analysis: Coach Al and Kurt Give You the Details. We have created an outstanding "virtual" analysis system for those of you who cannot make it to our Gait Analysis Lab.

Be sure to check our Facebook page for regular updates on our athlete's training and racing. They are out there kicking major butt this season! But just as important as PRs and fast race times, they recover, are much less prone to injury, and are back at it year in and year out. You can be too. Give us a call anytime! 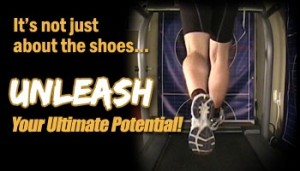 Spring is in the air and that means the Boston Marathon is around the corner! The triathlon, cycling and field sport seasons are heating up too! It's a great time to get your season off to the best start ever with an in-depth look at how your body is moving.

What can our gait/movement analysis tell you? To start....

For many athletes, gait analysis provides the missing link to resolving all of those questions.

We can help you start 2012 in the most empowered way possible with a custom gait analysis for yourself or a loved one. On-site and online options available.

True gait analysis is not a generic exercise, but is a scientifically-based and technically precise process. It is highly individualized. At PAP, we systematically attack YOUR weaknesses while enhancing YOUR strengths.

We teach you a specific, precise way to progress that--over time--allows you train in a way that WILL unleash your ultimate potential. Novice or elite; front, middle or back-of-the-pack finisher, we work with all athletes.

You can be a runner, cyclist, swimmer, triathlete -- you name it.

If you want to improve your performance, durability, resiliency, and SPEED while enhancing your overall quality of life, and greatly lower your risk for injury, we have the best program of its kind to help you meet your goals--and transcend beyond.

CLICK HERE AND GET STARTED! WE LOOK FORWARD TO WORKING WITH YOU!

At the end of last year, we created an online "virtual" gait analysis option for clients who could not make it to our lab in person, and it has been a great success! We put our heads together to create an outstanding "virtual" system, and it works. Recently, we have been getting questions about the option, so here are additional details for you. We also have a previous blog post on the topic for your referral as well.

We are with our athletes every step of the way! Communication is key, so be in touch with any questions or concerns. We look forward to working with you!