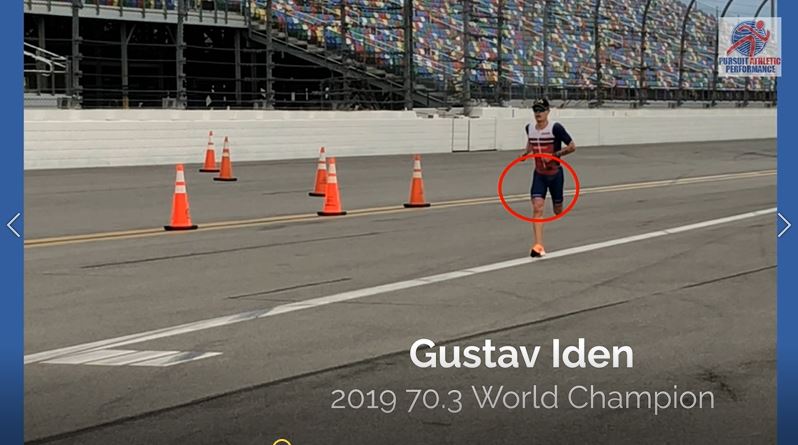 2020 was one heck of a difficult year on so many levels.

For triathletes that like to race, it’s been very challenging as most of the races that were supposed to happen, didn’t. Those lost races are making 2021 an important year for so many – the chance to get back out there and finally get the chance to “check that Ironman or 70.3 box!”

Unfortunately, a lot of triathletes are going to make a huge mistake as they prepare for that upcoming race. It’s a mistake that very well may jeopardize the chance to cross that finish line with a smile on their face.

So what’s the mistake many will make?

It’s THIS: Trying to put fitness on top of compensation or worse, dysfunction.

(Interested in listening to this on video vs. reading? Click on the image to the left and listen in).

Let’s be honest for a minute, can we?

We all know fitness is hugely important if you want to finish and do well.  The problem is, in order to build a huge mountain of fitness, you need to be healthy. After all, you can’t train if you’re not healthy or injured.

So in reality, the things that keep you healthy and free of injury are not only important for your training – they’re essential – to BUILD FITNESS. And prepare for your race.

Not sure what I mean?

Check out the video (linked from the image above – click on that image) which I took myself at Challenge Daytona back in November. This is Gustav Iden, the eventual men’s champion (and reigning 70.3 world champion).

Let’s start by acknowledging that triathlon success always comes down to the run. It’s when the rubber truly meets the road, so to speak.

And it’s when Gustav’s competitors began to peel off and fall behind him, one by one.

I shot this video at the end of his third lap (about 13.5k or a little more than 8 miles) of an 18k (11mi) run – AFTER he swam hard for 2k and rode an absolutely relentless 80k bike course at an average speed of nearly 30mph!

I often say “fatigue makes cowards of us all,” because it’s when we’re tired that our body tends to break down and issues manifest. Well, Gustav looks incredible considering he’s racing his heart out in the late stages of a race that will pay 100k to the winner!

Look at how solid he is through the middle, demonstrating core and hip stability and strength on obviously tired legs. He’s running at sub 5:30 per mile! That’s incredible run fitness!

Similarly, look at how effortlessly his hips move and how much ankle mobility he demonstrates during mid-stance of the stride!

Could YOUR ankles AND hips move freely like that?

My point is this…

He’s demonstrating incredible mobility and stability and strength at the time when a weak link would have surely shown itself.

He possesses basic, fundamental, and foundational movement competency and skill – and took his mastery of these basics and fundamentals and THEN TRAINED HARD to build fitness, NOT the other way around.

He didn’t make the mistake of trying to put fitness on top of dysfunction. And won himself 100k as a result.

You may not have his inherent talent level – not many do – but you CAN DO the same kind of preparation and build the same mastery of movement skill as he has – and then let your fitness develop to the highest level it can with smart training.

You can do it.

To get there, you simply have to make sure you DO NOT put the “cart before the horse.”

Don’t try to put running fitness on compensation or dysfunction.

And get ready to explode your potential in 2021 and make it your best year ever.

To your success,
~Al