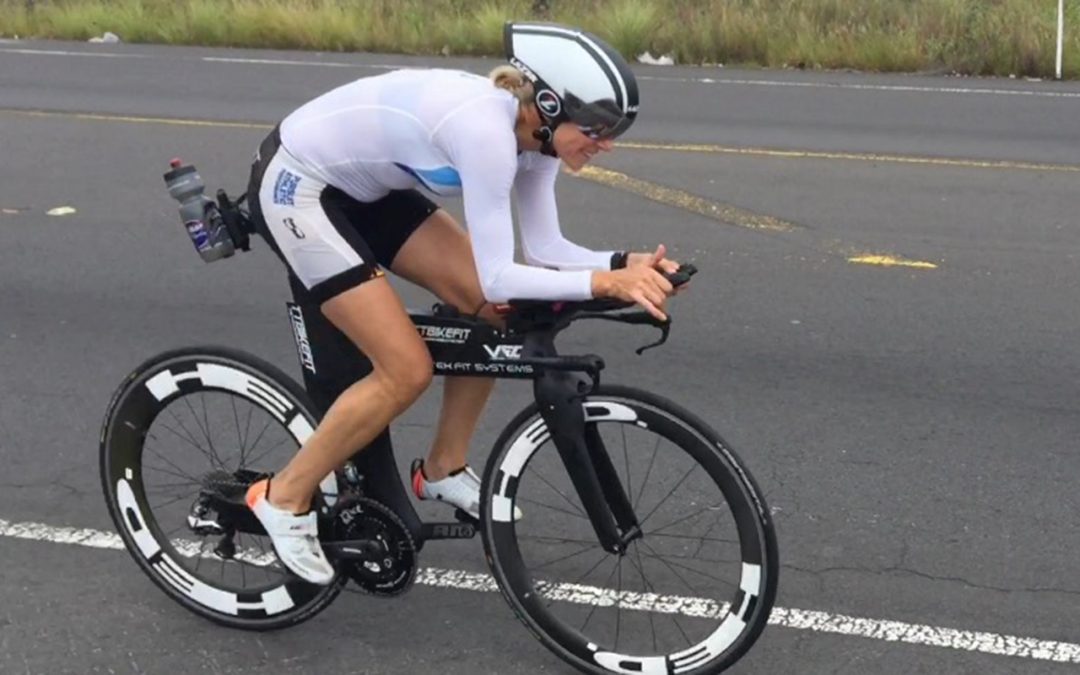 “K.I.S.S.”  – Just about every experienced smart person ever

Back in the late 90s, in my very early days as a triathlete, I worked with Coach Troy Jacobson. Troy taught me a lot about how to train. One of my earliest “lessons” came when I went to one of his (well-known at the time) weekend triathlon workshops in Baltimore. The weekend began with a Friday evening gathering. It started out friendly enough – you know, the usual (slightly forced) smiles, hand shakes, and nervous chatter.

Not long into our evening however, things started to get serious. “Up on the wall,” he said – for a winner take all, wall-sit. His intent was clear: to find out who was REALLY serious about improving – who was willing to suffer and hang on until no one else was left.  (I managed to be the last one “sitting” that night on the wall. Somehow. I mean, you know….he didn’t know me. And since I’d recently hired him as a coach, I wasn’t about to give in or give up. He needed to see I was ready to get to work to do whatever it was going to take).

The fun got even more serious the next day when Troy led our group out to a rather “famous” hill (to his previous campers and the local riders) for some all-out, no holds barred, bike hill repeats. It was a massively steep hill that was about 200-300 yards long. It’s all a little bit of a blur as I look back, but I have vivid memories of three things (beyond that I suffered immeasurably):

The first was Troy speaking to the group beforehand with a very serious tone – everyone was nervously staring as he said “your goal today is to go as hard as you can up the hill, in the biggest gear you can turn, and then turn around and get down as fast as possible so you can do it again. Keep going until you can’t go anymore.” Naturally there were a lot of nervous laughs in the group – everyone knew ahead of time what was in store. There was no hiding.

The second thing I remember was him riding alongside of me up the hill literally screaming at the top of his lungs for me to go harder. And I mean screaming. No mercy. He spent his time during the repeats, circling up and down the hill encouraging all of the riders. (It’s worth noting that at the time, Troy was the top amateur at Ironman Hawaii and one of the best long course triathletes in the country; he’d soon become the half-iron national champ. And his strength as a triathlete was cycling. Bottom line, the guy was fit and could ride!).

Not that it matters to this blog post, but I was the last one left that day.

So what was the third thing I remember? He gathered the group together afterward and congratulated everyone, then looked at me with a grin and said, “well, Al, I guess there are some hills up in Connecticut, huh?”

Learning How To Train

You see, Troy had 28+ mph half-iron bike speed in his legs, but despite that bike strength, he’d also be very comfortable in an easy ride situation averaging 15 mph or so. On a flat road no less. We had the occasion every so often to do these kinds of rides together in those early years, during which we discussed how important it was to keep it easy in those kinds of situations. In other words, he knew when it was time to keep it EASY and was very willing to do it.  He didn’t let ego lure him into a too hard effort. And similarly he also knew when it was time to go HARD. He taught me the difference between the two, in real time.

The same lessons were emphasized in running. And in the pool.

Differentiating intensity. Making sure easy was easy. And making sure hard was….well…VERY hard.  Not just giving the concept lip service, but actually putting it into action on a daily basis.

Of course, I’d learned the value of differentiating intensity and effort from my competitive running years much earlier. The difference with triathlon is important though – with a higher overall workload with more training hours and more skills to develop, the risk of training at the wrong intensity carries with it greater consequences: Over-training, staleness, injury, and sub-par race day performances, to name a few. All of which leads me to the title of this post:

Have we made training intensity too complicated?

Troy had a very simple system for setting up heart rate and RPE based training zones. He used the simplest possible approach, using basic colors we’re all familiar with to represent THREE different intensities.

You’re Getting Tired, But Are You Improving?

He and I discussed this gray zone quite a bit. This is the intensity you generally want to avoid like the plague. It’s the intensity that will tire you out and that feeds your ego, giving a short-term ego boost, but in the long run (no pun intended), isn’t likely to help you reach a new, higher level of fitness and performance.

Here’s a couple of examples:  (You’ll have to adjust pace based on your own fitness level right now – regardless, I hope you get the point).

I think it’s fair to say you deserve some kudos for hanging on. You certainly went hard enough to tire yourself out. But the really important question to ask in my opinion is, did you go hard enough to truly lift your fitness to a new level after some recovery? I’d bet my wallet that Troy would say no. And I’d agree with him.

So what are a few of the most common training errors I see that are related?

Most folks will read this and nod their heads. “Yup, I guess that makes sense.” But very honestly, most will only give it lip service in the heat of the moment, because egos are powerful! 😊

Troy was one of the best triathletes in the country at the time I worked with him and he ended up giving me my start as a coach when he created the Triathlon Academy. He’s one of so many that have taught me so much along the way.

Above all else though, he reinforced in me a concept that I’ve repeated a thousand times to others as a coach:

In other words, when you train easily on the days you should, you’re actively resting and preparing for the next hard effort, when you’ll be ready to go, precisely BECAUSE you didn’t go semi-hard the day before.

Similarly, after a truly hard day (like it was for me on that hill), you’ll be forced to go easily the day after. And because of the effort you expended, that “easy” session will actually feel hard. You’ll run “slow,” pedal “slow” and feel like you’re moving through molasses.

All you need is some smart recovery and you’re ready to get back after it, bringing everything you’ve got and getting every ounce of benefit out of the session in the process.

Despite all the cutting-edge graphics and charts on platforms like Training Peaks and others, all of the discussion among coaches and athletes about TSS (Training Stress Score) and the detailed zones courtesy of Andy Coggan et all, the reality is…some things don’t change as much as we might thing, as time goes on. And sometimes, simpler is better.

Blue is blue. Red is red. Gray is gray.

The take home? Spend most of your time being blue. When you are red, you should be ready to rock, so don’t hold back. And, avoid the gray as much as you can.

To your success,
~Al