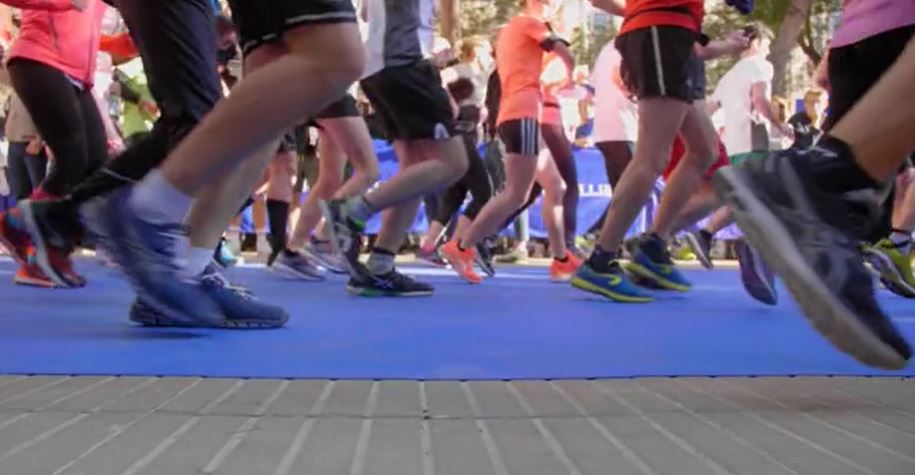 “Mistakes are the portals for discovery.”  – James Joyce

“There is nothing more difficult to take in hand, more perilous to conduct, or more uncertain in its success, than to take the lead in the introduction of a new order to things.” – Niccolo Machiavelli

“The obstacle is the path.”  – Zen aphorism

Spring is in the air in New England. And it’s April. That means it’s Boston Marathon time. One of the most important races in my own journey as a runner – I always miss it when I’m not there lining up in Hopkinton!

What’s the old habit I’m referring to? Running your last long run 3 or even 2 weeks out from race day.

Its amazing to me that in this day and age, with all we’ve learned about how our body functions best, the idea of doing a “longer” run within 3 and even 2 weeks prior to a marathon is still very prevalent out there in the running community. As the title of this post states, old habits (like being afraid of doing any strength training, or counting mileage as the primary predictor of performance!) die HARD!

So When Should You Do Your Last Long Run?

I was first exposed to research about the amount of time it actually takes for deep cellular tissue (muscle) damage to heal (from training) around 1990.  That’s 24 years ago. One study, conducted at Harvard at that time, showed that tissue remained significantly damaged even after 4 or 5 weeks of “recovery” after that “long” run.

After learning about that study and then discussing these concepts with our former podcast guest and running expert Owen Anderson, PhD (who at that time was the editor of Running Research News) I decided to adjust my own training to reflect that longer taper period prior to race day. I immediately felt the benefits of it with my first 2:40 marathon in 1991.  To that point, I’d been able to run a 2:50, but with this new approach to tapering, I ran a full 10 minutes faster and felt better on race day.  I don’t necessarily credit that taper and distance between the last long run and race day as the sole reason for the 10 minute drop, but I do believe it was a huge factor.

Without a doubt, I am convinced that a huge percentage of the runners who are running marathons in this day and age, and in fact many of those lining up in Boston next Monday, toe the line with “still damaged” muscle cells from a longer run, too close to race day.  Maybe its me, but it always made sense that if I wanted to have an opportunity to run my best on race day, that my legs needed to be healed from what I had done to them in training. That might sound like a simple concept, but again, old habits die hard.

Keep in mind as you think about this, that a “long” run can mean different things to different runners. Someone running 90 miles per week can run longer, relatively speaking, than can someone who can only handle 30 miles per week. But in my opinion, even on an elite level, a lot of the country’s best marathoners are still running too long, too close to race day, even with their lofty weekly mileage totals. I’ve employed this taper strategy or some variation there of, with every person I’ve coached since I began coaching, and as I mentioned, used it myself since the early 1990s.

Obviously, doing this requires that you do GET IN those longer runs early enough in your preparation. But even if you fall short in either the number or length of those longer runs, trying to “squeeze in” one last long run too close to race day, ensures that you will toe the line with less than 100% of your capability that day, and that’s a shame. The best chance any of us have to run our best “on the day,” is to show up 100% healthy and healed and motivated to do well, with a solid strategy in place.  The key words are “100% healthy.” If you’re not, even with the best training and highest levels of motivation, you will very likely do less well than you might otherwise be capable.

Why Do Runners Continue To Run Long Too Close To Race Day?

Big Confidence Boost?: At first glance that close-to-race-day long run seems like a smart idea. Many runners believe they need to prove to themselves that they can go the distance on race day, and what better way to show you’re ready than to knock off a 20-miler just a couple of weeks before you go to the starting line! What a great shot in the arm to your confidence, right? Wrong.

It might sound logical to lay one last long run down to boost confidence, but that would be a mistake, and the reason is simple: You need recovery after your long runs.

Many runners dismiss the amount of pounding we put our bodies through running those miles. As I often say here in our Lab, a mile of running is the equvalent of 1500 one-leg squat jumps! That’s a lot of repetitive trauma.

In an article Owen wrote in RRN some years ago, he referenced research conducted by Dutch exercise scientists with a group of marathon runners. “About two thirds had significant signs of muscle injury on the morning of the race, before they had run just one mile of the marathon!” According to the study, “the reason for this muscular mayhem, for the most part, was the long running the Dutch had carried out during the month before the race. The Dutch-athletes’ muscles were totally non-recovered on race day.” The Dutch researchers found that training runs with durations longer than 15 kilometers (~ 9.3 miles) were the ones which seemed to produce the greatest amount of muscle damage. Below 15K, little muscle damage accrued.  (The reason why I started back then, making 9-10mile runs my longest within four weeks of the race).

The biggest myth that exists out there among runners getting ready for the marathon is that a long gap between the last long run and the actual marathon will make our body “forget” how to run long.  Going a full four weeks without a true “long” run, will cause our body to lose its ability to efficiently cover the distance, right?  Not so much! The truth is that provided you’ve done the necessary periodic long runs prior to that 4 week period and built to a distance of 20-22 miles on average, your body will not “forget” how to complete the distance on race day.

In fact, if you approach your training in the right way, you can use this long-run-free four-week period to truly boost fitness and be more prepared than ever for a great race day! As your muscles heal and recovery progresses, you can…

Most runners are so used to running on battered and bruised legs and being exhausted, that they never actually FEEL what it feels like to run on legs that are recovered and 100% healthy. What a shame!

A smart marathon or long distance run training plan is one that builds fitness progressively and THEN ALLOWS for adequate recovery prior to race day. Many typical race training plans I see on the internet or written by other “experts” often leave out this critical recovery aspect, having runners run long 2 or 3 weeks out from race day. As a result, the runners following those plans or trusting that guidance end up toeing the line with damaged muscles, even though they “believe” they are 100% ready to have the best race possible.  If you’re reading this thinking “that guy is an expert running coach,” or “my fast friend does it this way,” stop and think for a moment.

Simply put, 3 weeks isn’t enough time for healing for the majority of runners, and 2 weeks is flat out absurd under normal circumstances. The exception might be if your weekly mileage totals are over 80 to 100 per week.  If your weekly mileage is below those numbers, you’ll be very smart to leave at least 4 weeks from the last long run you do until race day. Train smart in this way, and you’ll feel better and run faster as a result!