Learn How You Move: “Just Train More” Is The Worst Coaching Advice EVER! 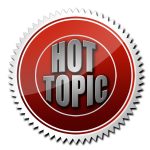 This post is the last in a four-part series "Learn How You Move." For other posts see:
Why Running Injuries Are Rampant
Diagnosing Running Injury
The Wisest Thing You Can Do To Enhance Your Training and Racing

In our final post in the "Learn How You Move" series, we're going to tackle the oft prescribed coaching advice of "just train more."

We are going to be completely honest here. The "just train more" bromide is possibly the most destructive, counterproductive, and irresponsible advice out there.

"Just Train More" is just plain WRONG. And, ultimately, it is disastrous.

Athletes who are coached in this way are advised that things like assessing movement quality,  gait analysis, and functional strength work aren't necessary because simply training MORE will make the body adapt, get faster, and "naturally learn" what is most efficient. Assuring athletes that it is unnecessary to explore how their bodies actually move in sport, and address weaknesses and imbalances where they might exist, is the biggest example of erroneous thinking inherent in many coaching philosophies.

We will go so far as to say that we believe it is irresponsible for any coach to recommend placing a load on any athlete without knowing how they move! This advice does GREAT disservice to athletes, not the least of which is to seriously impair their long term health, vitality, ability to respond to training, and longevity in sport.

Let's look at a typical scenario.

A coach advises a competitive cyclist that to get strong on the bike all that is needed is to bike harder and longer. There is no doubt that over the SHORT TERM, a focus on cycling will result in improvement at a pretty fast rate. We know specialization works, and it works especially well early on in the training process. Over time, however, that approach becomes less and less effective at producing the SAME desired results.

With the "just train more" approach, initial improvements soon decline. Performance plateaus are the norm with injury not far behind due to the lack of balanced development in the body. And that's assuming the person was fairly balanced to begin with!

If, at the outset, an athlete possesses movement dysfunction, negative outcomes happen much sooner. Ultimately, the "just train more" approach is stunningly ineffective in leading athletes to discover their true potential--and staying healthy over the long term.

It's amazing to us how athletes have come to accept cycles of plateaus and injury as normal! We are here to tell you it is NOT normal--and it doesn't have to be that way. Here's how to break the cycle in two simple steps that will create incredibly powerful shifts in your athletic development:

1. First, you must learn about the way you are moving, and how it may be leading to compensation and dysfunction. You do that through a quality movement screen and gait analysis.

2. It is not enough to KNOW what the issues are underlying how you move, you must do something about it. What should you do? Commit to the appropriate amount of functional strength training and flexibility training with an expert you trust to establish and maintain muscular balance and a true foundation of strength.

Make no mistake, EVERY great--and smart--athlete in this day and age is not ignoring the issues of strength, stability, mobility, and flexibility. Nor should you. They are THE PILLARS of superior athletic development.

We can think of dozens of examples of how the "just train more" philosophy ultimately backfires. Take the talented amateur triathlete who has had a great deal of success early in their career. By three to four years into training, results diminish. This athlete was likely faster in their first or second year of racing than in subsequent years following a "just train more" plan. Invariably, performance begins to lag, and rates of injury rise due to poor movement habits, lack of sport-specific skills, and absence of functional strength and muscular balance.

We bet you know an athlete with this story. Perhaps he/she stares back at you when you look in the mirror. Sure, "fast" age groupers with natural athleticism can usually "hide" a little longer. They might be lucky enough to stave off the inevitable downward spiral better than other competitors. Eventually, however, EVERYONE who "just trains more" pays the piper. EVERYONE.

Here are our final four take-aways:

Many of you spend a great deal of energy, time, and money pursuing your athletic goals. You deserve straight talk and informed coaching to help you become the fastest, most powerful, and longest-enduring athlete you can to be.

We hate spam just as much as you
Categories : Gait Analysis
Tags : gait, gait analysis